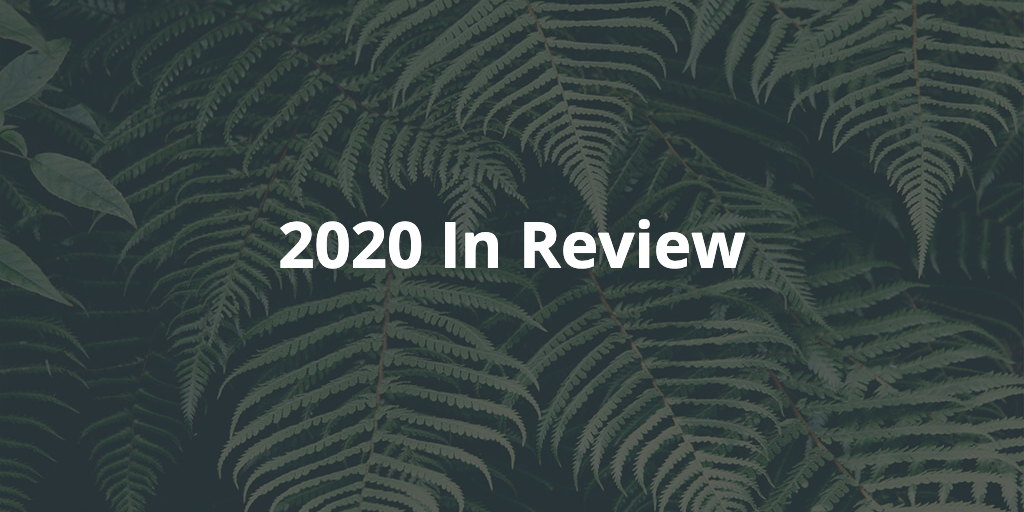 2020, what a freakin' year. I honestly don't have the energy to write about it, but I am really good at making lists. Here are some lists of things I explored, read, wrote, and spoke about in 2020...

In the last few years, I've averaged from 6 to 12 blog posts a year for work. I hit a new high with 16 this year, as well as editing and giving feedback on dozens of teammates work.

I did notice one interesting pattern: I did almost no long form writing in March and June. I blame Covid-19 and our nation's other epidemic, racism, for that. My brain was focused on things that mattered a lot more, and that's okay.

I worked on various new and updated docs pages for the Transposit docs.

This year I figured out what Twitch actually is. I was a guest on a couple of shows this year, but I am interested in exploring streaming, including while writing code, in 2021.

Virtual talks, big oof. It was a rough year giving virtual talks, but I still managed to give my average number of talks. I've never wanted to do more than a talk every couple of months since I like to focus on other forms of content too. Although I'm probably going to write a couple new talks in 2021.

My team at work helped me turn my Spectrum of Automation blog series into an eBook. I also drafted many of the graphics for it.

Spectrum of Automation (let me know if you want a copy!)

I tried, I tried so hard. It was a struggle. That's all I have to say on that.

Normally, I'm a climber and you'll find me in Reimers Ranch Park on most weekends along with a few out of state climbing trips. (And no Mexican NYE celebrations in El Potrero Chico.) But in order to be extra catious with Covid-19, I decided to stop climbing until later in 2021 since normally it involves closely interacting with climbing partners outside of my household. Instead, I picked up more hiking and camping.

Honestly, there's too many for me to remember all of them, but here's a few...

I was a lot better at listening to audiobooks at the start of the pandemic, but I still got in some good ones.

Uncanny Valley - Anna Wiener
Why Fish Don't Exist: A Story of Loss, Love, and the Hidden Order of Life - Lulu Miller (one of my favorite books, ever)
You Never Forget Your First - Alexis Coe
So You Want to Talk About Race - Ijeoma Oluo (reread)

I've literally listened to every single Marketplace podcast since mid-March. It was heavy at times, but it was a weird ritual that got me through it. I didn't really add very many podcasts to my normal listening.

Some old, some new.